random game idea time. right need at least 7 people for this (based on 7 people playing). played on estate. 3 terrorists armed with ak's, tar or rpd no attachments. stoppinf power and steady aim. smoke and frag nade. terroists cannot leave the masion and must defend it.

4 counter terrorists. 1 will be picked as the 'hostage' and will go to the mansion where the other team will indicate where they want them to be stashed. the hostage can communicate with there team but cannot leave the spot where thay are placed.

the attackers can use any sniper rifle, assault rifle or smg. and attachments to simulate the more advance weapons they would have. any 1st perk, stopping power and any 3rd perk. c4 or frags, smoke or flash bangs. only 1 member allowed to have a hb sensor on. the game mode will be hc so the attackers cant just spam nades in through fear of killing the hostage. no tubes or rocket launchers allowed.

the terrorists cant kill the hostage while he stashed. if all terrorists eliminated then the other team automatically win or they can get the hostage out and escort them to the RV point. terrorists win if all assult troops killed.

what you lot reakon? good comms would be key to winning.

Sounds fab to me, I'm in! We could do this next Friday, as we have the other game Shane sorted for this Friday now?

Only slight drawback I can see is if 'friends' turn up who don't know the rules (as frequently seems to happen in our friendly games).

got to take my name off the list then. i'll be out of town next friday.

You can't go you already signed up. There's no backing out just because of a vacation or something. Oh and have a good time in Jamaica Mon.
_________________
Shane
aka STP_SGM_Plumley

Nick with dreads, now that would be a sight to see

Thanks Shane. I'll try and have fun. Oh and Rocker. My hair is too short so there will be no pic of this kid with dreads. I'll see what I can do about getting some other pics from the trip here. Maybe 1 or 2 for the old guys here.

dis could be a good ting, im wid you 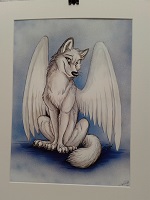 i wont be on friday to join you for this. so make sure you all stick to the rules!!!

saturday is movie night shane. you should know that.

Oh geeze I forgot, me bad.

So you should! I'm with Dean, Saturday night is movie night, there's always a good choice on the tv now.

any night but then something random might happen and i couldnt join.

Any of those work for me as well. How bout Smurf check his schedule and let us know which one of those days he's available to do this?
_________________
Shane
aka STP_SGM_Plumley